So it’s been some time since I’ve taken the time to update my blog and a lot has changed. So I guess it’s appropriate to update and write about the things I encounter on my journey. And what’s inspired me the most is the birth of my new born son. In the coming weeks I’ll update this space with the goings on of being a first time Mum. But today I was inspired to write about the expectations of a working mum. And being a mum in general and what that means for a woman or what’s expected of her as a mother in this day and age.

As a freelancing creative, thirty something Mum. I always wondered how having children would effect my career as there aren’t that many examples of high profile make up artists. However I knew that I would one day like to experience becoming a mother.

Once becoming pregnant I continued to work. Not because I had to, but because I love what I do. In fact my last job was a week before I gave birth. I had a fairly straight forward pregnancy with the exemption of loss of appetite and pain in my hips which I had Physio therapy for. As the pregnancy progressed and it was more apparent I was pregnant I was continually faced with the question of “so what are going to do now” as if to say my career was a write off or I wouldn’t be able to ever work ever again and there would be limitations on living a fulfilled successful career as a mother.(in fact I was even told those very words on multiple occasions.)

Ummm interesting....... Why is it when a successful woman decides to have a baby she is automatically thought to be of no use in a career environment. So when Cardi B announced her pregnancy, and critics were saying her career would be over I realised this isn’t just a thought process held by a couple of people, it’s a thought process that is carried through generations by all walks of life and is forced upon women of today. Who’s wrong and who’s right?

So it begs the question why can’t we do it all. Why can’t we be fantastic mothers bring wonderfully balanced human beings into the world, and still love and have passion for our chosen careers. Or why can’t we have the option to say yes I’m taking some time out to stay home and nurture this beautiful child and I’ll be back to work in a while. Why are we EXPECTED to have only one option of retiring into motherhood and forgotten about. I feel blessed to have worked with some amazing mothers that fly internationally with their children in-toe. Having an amazing mother that taught me by way of example that you can successfully bring up two children singlehandedly and hold down a full time job. So accordingly I think every little girl looks up to their mothers and strive to be as good as them.  So here’s to all the mothers that wake up every day and do what’s right for their family’s as we are the foundation to society and should support each other in what ever decision we decided to make as care givers as there is power in unity. Let’s draw on each others experiences whether  it be taking on the huge task of remaining at home to raise a family or deciding to return to work. As I feel we can build each other up by talking about our experiences as mothers, which let’s face it is the hardest “job” in the world. 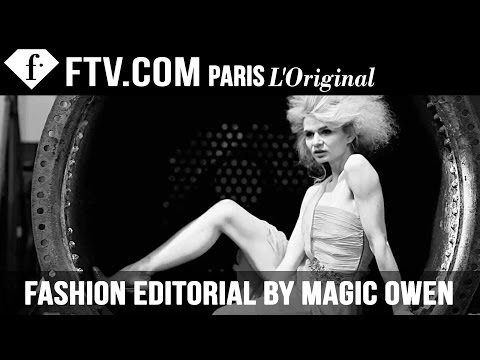 ‘Do you Love me’ Fashion Editorial | FashionTV

Memoirs of a Beauty Insider
I would like to take the opportunity to share with you my passion of all things "beauty" you can look at it as an insiders view of what happens in and around the beauty & fashion industry. Im a celebrity makeup artist and look forward to sharing the glitz and luxury of this fasinating indusrty.